There were 11,106 resale properties reported sold in June in the greater Toronto area. In the City of Toronto 3,850 properties changed hands. In both areas, these numbers were substantially lower than the astronomical peak achieved in March. Having said that, sales activity in June was only outpaced by June sales achieved in June 2016. 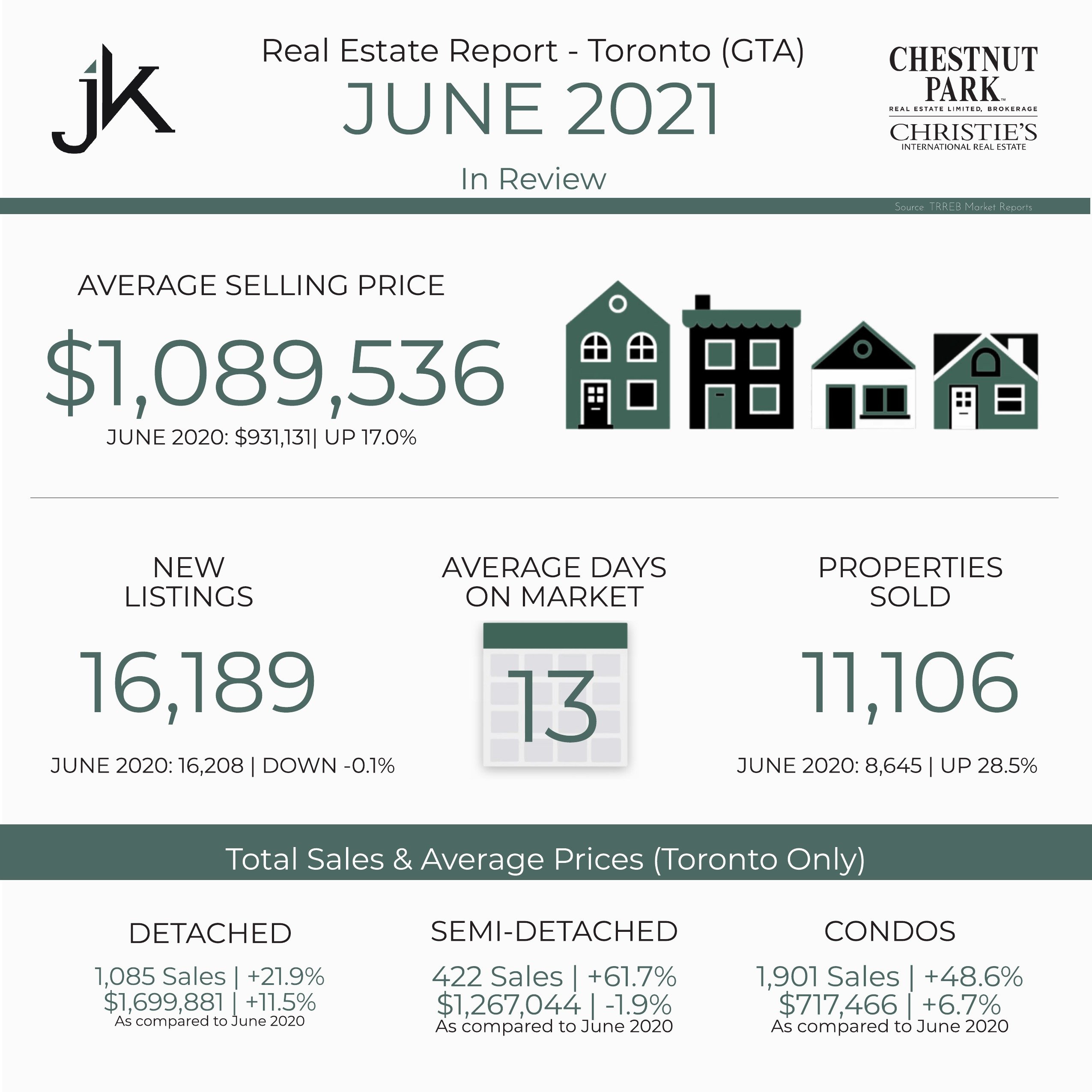 The Toronto and area market remains very strong, even though it may feel like it has softened. Peak momentum is clearly now behind us, although some components of the marketplace – ie. condominium apartments and various sought-after neighbourhoods – may resist both the softening of sales and average prices.

Detached and semi-detached property prices in the City remained very robust at $1,700,000 and $1,267,000 respectively. Detached properties increased by 11.5 percent compared to last year, while semi-detached sale prices actually declined by almost 2 percent. This decline was due more to lack of supply than demand.

The high end of the market continued to perform robustly in June. This year 699 properties having a sale price of $2 Million or more were reported sold. Last year only 365 properties were reported sold in this price category, in percentage terms, an increase of almost 92 percent. With an increase in the average sale price of 17 percent, and 2,461 more properties reported sold this June, it is not surprising to see more property sales in the $2 Million plus range. Most of the greater Toronto area property sales are now in the $1 Million to $1.5 Million range.

Price increases were eye-popping in the 905 region. Detached property sale prices increased by almost 30 percent to $1,329,873, while semi-detached property prices increased by 21.5 percent to $915,000. These increases reflect the fact that buyers are continuing to flock to less expensive, ground-level homes, in less dense neighbourhoods. This phenomenon was dramatically accelerated by the concern for space and security (and price) generated by the pandemic.