As forecast, the rising mortgage interest rates (not to mention other factors at play, like the war in the Ukraine, inflation, and ongoing supply chain problems) had a direct impact on the number of residential properties reported sold in April. At the end of April, the five-year fixed mortgage rate was 4.19 percent. In February the five-year rate was 2.79 percent, an increase of more than 50 percent in a mere two months. Coupled with the mortgage stress test that all borrowers must undergo when qualifying, it is not surprising that many buyers, particularly first-time buyers, have been forced out of the market. Those who qualify may have had to lower their price-point expectations. 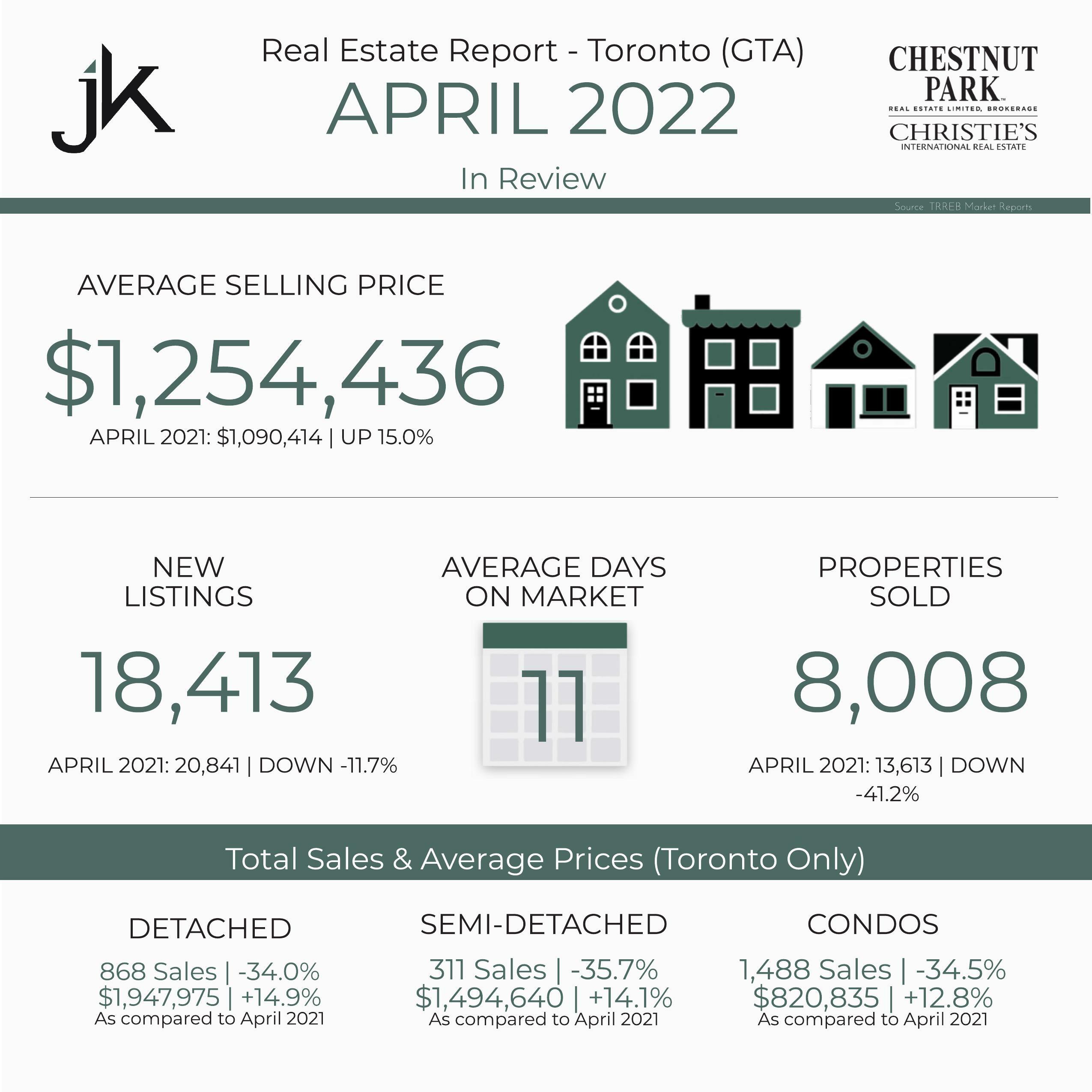 One should not interpret the decline in sales as an indication that the Toronto and area residential resale market is softening or becoming more affordable. Properties sold at lightning speed in April and at strong prices. Prices were lower than the record achieved in February ($1,334,408), but still 15 percent higher than the average sale price of $1,090,414 delivered last year. This April the average sale price came in at $1,254,436, a 6 percent decline from February’s record number.

Rising mortgage interest rates should not cause market observers to lose focus on the fact that resale inventory levels remain historically low. In April months of inventory were only 0.9 for the entire greater Toronto area, and as in the case of days on market and sale to list price performance, even less depending on location and property type. Last year’s months of inventory were 1.3 months. With large numbers of immigrants making their homes in the greater Toronto area, the demand side of the market will continue. Almost 50 percent of more than 400,000 immigrants coming to Canada in 2021 relocated in Ontario and the greater Toronto area.

As we move into the late spring and summer months, and as interest rates continue to rise, we can anticipate negative variances compared to corresponding months in 2021. Notwithstanding these variances, and as this report has pointed out, the resale market will remain strong and as unaffordable as it has been since the beginning of the pandemic.